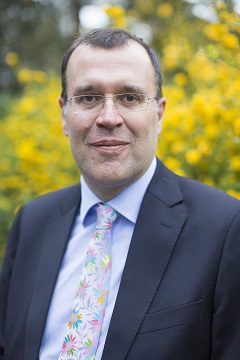 Brian has been working in pensions since 1987 and qualified as an actuary in 1990.  Prior to setting up Dalriada Trustees, Brian had a senior role in a major actuarial consulting firm where his role included acting as Managing Director of an in-house professional pension scheme trustee company.

Brian holds a UK Scheme Actuary Practising certificate and has provided a wide range of advice to pension scheme sponsors and trustees.

Brian has particular expertise in acting as a Professional Trustee during restructuring including mergers and acquisitions.

Brian is a contributor to our blog and has written a series of articles on being appointed a professional trustee.