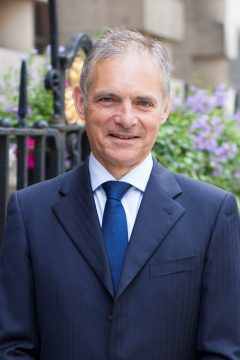 Richard is a trustee representative.  He was Head of Restructuring and Insolvency at the Pension Protection Fund (PPF) from its inception to 2013, is also a former adviser to Government Ministers on UK, European and international insolvency policy.

Awarded an OBE in 2011 for Services to Business, he was at the heart of all restructuring projects involving the PPF including Nortel, Lehman, Kodak and UK Coal.  He left the PPF in 2013 to set up his own consultancy business Favier Ltd and has since been involved in a number of pensions-related projects for clients, including advising on the rescue of Monarch Airways and Halcrow Group.

Richard is also a regular speaker at UK and international restructuring conferences and a member of the International Insolvency Institute and the American College of Bankruptcy.